A Green Shoot of Hope: Two Educators and the Garden School in Liberia 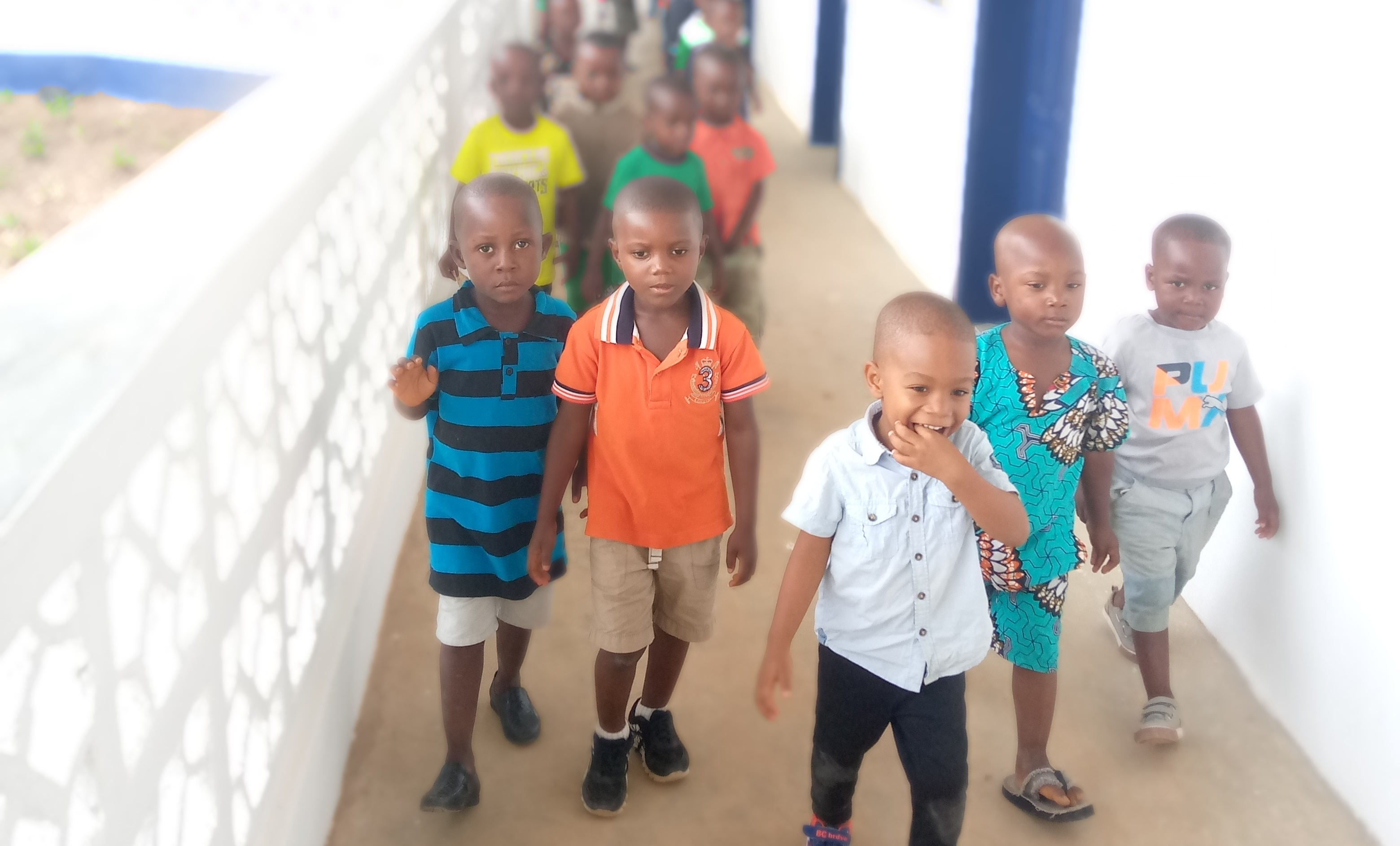 Stephen Griffith and his wife Christine Dickey have a longstanding interest in education. After a trip to Liberia, a West African nation long beset by the legacy of a 14-year civil war, the couple decided to start an early childhood education center in the country. Steve and Chris worked closely with KBFUS and raised hundreds of thousands of dollars. The Garden School welcomed its first students in 2018.

Growing up in Washington DC, Stephen “Steve” Griffith’s parents thought there were three honorable professions: minister, teacher and public servant. Steve has practiced law but is a teacher at heart. After graduating from Harvard College and Oxford University, he joined the Peace Corps in 1970. For two years, he taught 10th, 11th and 12th grades in upcountry Liberia, and coached the local basketball and soccer teams.

After his service concluded, Steve attended Stanford Law School and then settled in Portland, Oregon to become a trial and education lawyer. On his first day at the firm, he met Christine “Chris” Dickey, another Harvard alum. The two married in 1981 and have three children. The birth of their second child inspired Chris – whose mother was an elementary school teacher – to take a fresh interest in early childhood education. Numerous studies show that over 90% of a child’s brain develops by the time they reach age 5.

Chris left law, and returned to school to earn a master’s degree in early childhood education and a Montessori teaching degree. After teaching for two years in that field, she launched her own non-profit school, Rise and Shine, in one of the most disadvantaged neighborhoods of Portland.

Little did Chris know that her decision to focus on early childhood education would change the lives of children and their families halfway around the world.

Liberia, a small nation of about 5 million people in West Africa, is one of the poorest countries in the world. Two civil wars ravaged the country between 1989 and 2003. Ten years later, the Ebola virus spread throughout the country.

These events have had long-lasting effects on the country’s youth. UNICEF estimates that “approximately 40 per cent of primary school students are three years older than the appropriate age for their grade”. In Liberia, where a third of all children are under the age of 5, high-quality early child development centers are nothing short of transformational.

“This school is unique in its mission….and in its symbolism. History has ravaged that land more than any other in Liberia. I can’t think of a better place to take a stand and plant the green shoot of hope – to start a wonderful school for little children.”

A Trip to Remember

In 2012, Steve and Chris attended a dinner in Portland hosted by Friends of Liberia, an organization created by former Peace Corps volunteers. At the end of the dinner, Chris informed her husband that she was going to Liberia to participate in a teacher training workshop and he could come along if he wanted. Steve meekly agreed to tag along.

And so, in 2013, the couple flew 7,000 miles to Liberia to participate in education-focused workshops. Three days before the end of the trip, the participants visited local schools. In one school, there was a single teacher with 60 small children – “An insane ratio which meant there was no way to individualize learning,” Steve says.

When they returned to their dormitory, the two recapped the day’s events. Steve turned to his wife and said, “You know what? We could build a school.”

“No.” Chris responded. “We could start a school.” And with those words, a school was born.

“The entire conversation could not have lasted more than a few minutes,” Steve remembers. “By the time we left our dorm, however, we were firmly committed to starting an early childhood school in Liberia.”

There were only two days remaining before their return flight, so there was no time to waste. During a break, the couple approached fellow participant Nowai Kapu, a slender woman who fiercely believed in the power of education. She was from Gbarnga – the very town where Steve had taught in the Peace Corps. “We thought she would make a great principal,” Steve recalls. Nowai said yes. They also asked Yatta Nortoe, a teacher of teachers, and she was interested to join the team as well.

One day remained. Steve and Chris needed a site for their school. They looked at three sites in Gbarnga in one morning, and decided on a beautiful plot of land. “By the end of the day we had a vision, a location, a price, a principal, a master teacher, and the outline of a board of directors” – which included some of Steve’s former students from over 40 years before. “We took a taxi to the airport and went home,” says Steve.

The Liberian educators later decided on a name: ‘The Garden School’.

“KBFUS just got it. Everything is absolutely set up so we don’t have to reinvent the wheel.  We can turn to them because they’ve already done this before.”

Giving begets giving. To design their school, Steve and Chris asked an old college friend if he would donate his architectural services. The friend, of course, agreed, and the result is a state-of-the-art design for early childhood education – low windows, a cafeteria for little customers, space for inside and outside play, a palaver hut with a thatch roof for when the sun gets hot. In 2017, they selected a contractor to build the school after a competitive bidding process. In 2018, the school began accepting students after completion of its first wing.

Today the Garden School has three large classrooms designed for 20 kids and two adults each, a kitchen, a dining room, a well, a professional working space for teachers, and separate bathrooms for the students who range from ages three to five. In keeping with the school name, each child will have a plot of land to garden and will learn to plant flowers, cassava and other vegetables.

Construction is scheduled to be completed this calendar year. The school still needs a solar power system, grading of the property for play areas, and other landscaping.

With support from family and friends, Steve and Chris have invested $300,000 in the Garden School so far. With an annual operating budget of $30,000 to cover the salaries of three teachers, two cooks, a caretaker and a security officer, food and educational supplies, and regional workshops for parents and teachers, the school will welcome up to 60 children a year.

“The best way to raise money is to work with a public charity that’s an expert in the space,” Steve says. In 2017, he and Chris asked the Oregon Community Foundation, which puts donated money to work in Oregon, for advice. “Someone there had heard of the King Baudouin Foundation United States, so we stumbled on them through word of mouth – the best of triple hearsay,” Steve says.

His first contact was our senior advisor, Hafeeza Rashed, who blew him away. “She had personal knowledge of the challenges of institution-building in Liberia, and she completely understood our need for a 501(c)(3) public charity to gather support for our school,” says Steve. “KBFUS just got it. We have been delighted by their professionalism and their work. Everything is absolutely set up so we don’t have to reinvent the wheel. We can turn to them because they’ve already done this before.”

Working with KBFUS also allows Steve and Chris to focus on what really matters: Building the pre-school and ensuring that Liberian students have access to personalized education that meets their needs. “This school is unique in its mission – community-based early childhood education,” says Steve. “And its location is unique in its symbolism – Gbarnga was ground zero during both the civil war and the Ebola crisis.”

“History has ravaged that land more than any other in Liberia,” Steve says. “I can’t think of a better place to take a stand and plant the green shoot of hope – to start a wonderful school for little children, conceived and administered by people who love kids, and who want the best for Liberia.”