The Life Giving Water Fund – Oh what a difference a well makes! 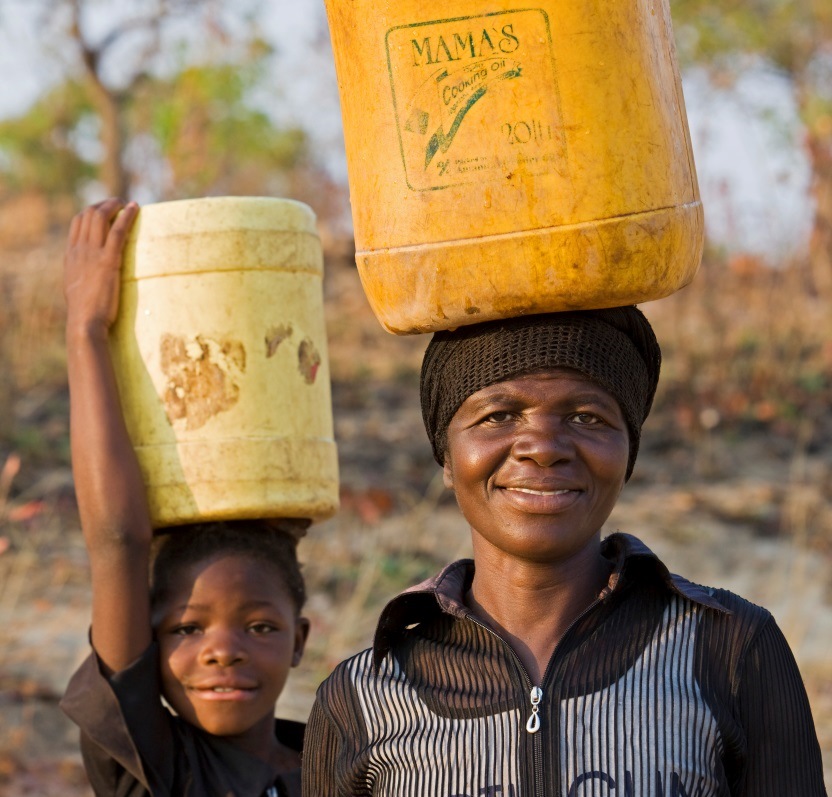 The Life-Giving Water Fund, a donor-advised fund at KBFUS, has drilled 130 water wells in rural Zambia so far, to provide local communities with reliable sources of fresh, clean drinking water.

One of the first things most people in North America do each day is turn on the kitchen tap and fill up the kettle for coffee or tea. A bit later, we take a shower. We turn on the dishwasher and the washing machine and the hose to keep our gardens green. Most times, we don’t think about the cost of water or even where it comes from.

But in poorer countries, access to clean water is not a given. Millions of people around the world, most of them children, die each year from diseases associated with inadequate water supply, sanitation and hygiene.

Drilling where help is needed

In Zambia, a landlocked country in Southern Africa, over one third of the population does not have access to clean water. More than half lacks access to proper sanitation facilities.

The Life-Giving Water Fund (LGWF) was established to change that narrative. It drilled its first well in 2003 in Pemba, a small town of about 4,000 inhabitants. Today, thanks to the support of generous individuals, LGWF has funded 130 deep, lined water wells in rural villages across Zambia.

“It means that children, especially young girls, and women don’t have to walk for hours each day to collect water from dirty rivers and streams.”

Dale Van Aken is a co-founder of LGWF. In 2002, a fellow parishioner at the United Methodist Church in Yardley, Pennsylvania, returned from a visit to Zambia, which was in the midst of a severe drought. “The idea for the fund was originally introduced by Richard Hachoose, who was born in Zambia,” Van Aken says. “He knew first-hand from having lived there as a young boy what it was like. It was Richard’s understanding of the importance of something so fundamental as water in his home country that spurred us into action.”

Hachoose was born in Kachengo in southern Zambia, not far from the town of Livingstone. “My family were subsistence farmers. We ate what we grew and we made very little money for other necessities. My job as a little boy was to help with the farming. A family’s wealth was measured in the number of livestock you had, so my job was to look after them and keep them safe.”

Hachoose remembers that there was no well in his village. The only water sources were often stagnant and were three or four miles away. At the peak of the dry season, all the local sources of water dried up and the children would have to miss school to walk barefoot even farther to fill just one bucket. He recalls his animals having to fight with people for the same water spaces.

“But we were happy as children because we didn’t know any other way. It was only later, as an adult, that I realized that there had to be a better solution.” At age 13, Hachoose left his village to attend a boarding school in Livingstone. He also acquired his first pair of shoes at that time.

“That was shortly after Zambia’s independence,” he says. “The country was still financially well off as a result of revenues from the copper mines.”

After five years, Hachoose got a scholarship to study in the United Kingdom. From there, he went to the University of Manchester for a degree in chemical engineering. After working for a mining company in Zambia for a few years, he moved to the United States about 30 years ago.

But despite living away from his country for so long, Hachoose’s roots in Zambia still run deep. “I still have two brothers and a sister in my home village,” he says. “There are also many nieces and nephews and grandchildren. The whole family is pretty big.”

“I thought it was simply a family matter.  But I am very fortunate to be surrounded by people in the U.S. who offer a lot of good friendship.”

Since he moved to the U.S., Hachoose has been visiting his family in Zambia at least every two to three years. But one pivotal situation inspired him to give back to his country in a much more coordinated way than he ever had before. “The biggest life-changing event for me was in 2001,” he says. “There was a severe drought in the whole of Southern Africa. It was absolutely devastating.” That year he visited in April, which is the peak of Zambia’s harvest time.

“It’s a time when people are healthy and the animals are fat and well fed. It’s a time when every face in the country is smiling. But that year, when I drove the five-hour journey from Lusaka to my village, all the places that sell produce or fish were abandoned. My family had very little to eat and very little to drink. It was a famine like I had never seen. I was absolutely shocked.”

As a result of that painful experience, Hachoose embarked on a program to try to change things. When he returned to the U.S., he was at first embarrassed to talk about his family’s situation. “I thought it was simply a family matter,” he says. “But I am very fortunate to be surrounded by people in the U.S. who offer a lot of good friendship. So in 2002 over dinner one night, we started talking about things that are important and I mentioned that the situation in Zambia was dire. My friends said that I should share that with the church congregation. And I reluctantly did.” That is when the Life-Giving Water Fund was born.

“Having accessible clean water sources prevents water-borne diseases. It allows people to grow vegetables and care for animals. It means that children, especially young girls, and women don’t have to walk for hours each day to collect it from dirty rivers and streams. To me, it was the core of my community and that was important.”

Hachoose stresses that all the money raised through friends, the community and the church goes directly to the people of Zambia. “We are all volunteers. We don’t spend money on promotion – it’s mainly word of mouth. We are very lean and very transparent, and we want to assure our donors that we have delivered what we promised to do with their money.”

Today, Van Aken manages the partnership with KBFUS, while Hachoose works closely with People’s Action Forum, the local nonprofit partner which oversees the water drilling companies and helps identify locations that are most in need of wells.

One of the challenges the team first encountered was how to transfer money to a foreign nonprofit in a way that is compliant with U.S. laws and allows U.S. donors to claim a tax deduction for their contributions.

“KBFUS was able to give us solutions to those challenges,” Van Aken says. “Our partnership is working really well. They have a very competent staff. They would certainly be my first recommendation to anyone else who is pursuing something like this.”

The King Baudouin Foundation United States (KBFUS) is the leading resource for philanthropic giving to Europe and Africa – a trusted advisor for U.S. donors seeking to support their favorite causes and non-profits overseas. To learn more about our donor-advised funds, legacy funds and KBFUS ART, please visit www.kbfus.org.
Or contact us at (212) 713-7660 or [email protected]