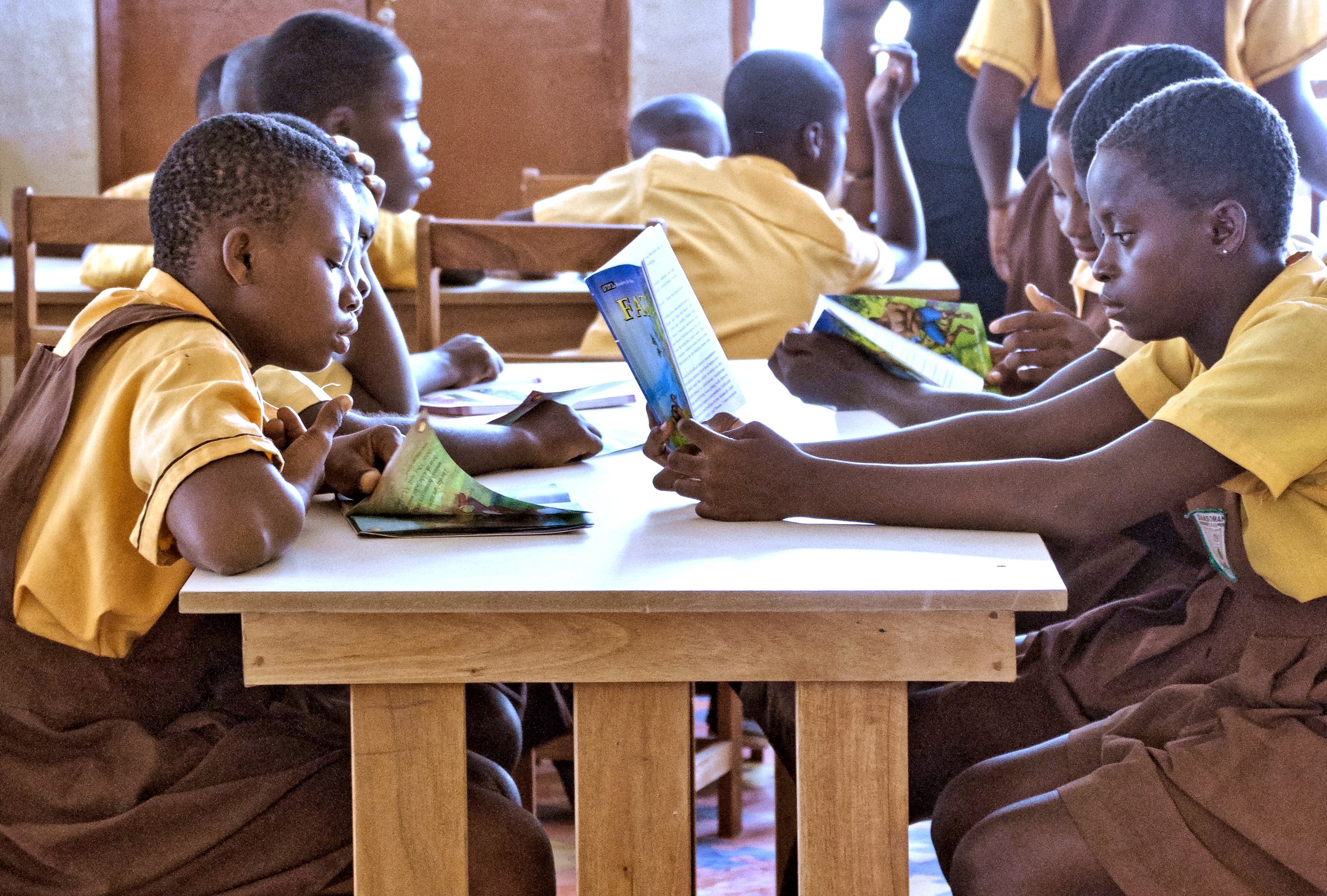 Over the years, Kimberly and Keith Edmunds have given generously to organizations that provide shelter, nutrition and education to some of the world’s most vulnerable children. In 2018, they opened the HopeFeathers Fund, a donor-advised fund at KBFUS, to structure their giving to local nonprofits in Africa. So far, HopeFeathers has focused on Ghana and Uganda, supporting initiatives that provide support for orphans and the impoverished, cover tuition fees for talented students, and train farmers in sustainable agriculture.

Kimberly and Keith Edmunds have had a longstanding interest in eradicating poverty, particularly among children. While they were working in corporate America, the Atlanta-based couple started supporting charities dedicated to serving those in impoverished environments. Upon retiring, they made this mission their fulltime commitment.

“The idea that we could have children in this world who do not have food or clean water has always captured my heart,” says Kimberly. When she married Keith in her early thirties, she recalls telling him that she wanted to build an orphanage in Africa. “Of course, the more practical side of him said – ‘Ok, but maybe we should first start by just digging a well’,” says Kimberly.

Keith’s passion for helping the less fortunate stems from his childhood. Though his family grew up fairly poor, he says his mother was extremely giving. “Seeing my mother as an example really set the course for me at a young age, and so working with charities was just a natural course of events,” says Keith.

With an international focus

According to UNICEF, there are roughly 153 million orphans worldwide, with a majority of them living in Sub-Saharan Africa, Asia and Latin America. The Edmunds decided to focus their giving on organizations that provide shelter, nutrition and education to some of these most vulnerable children in developing countries.

“One of the reasons we do so much work outside of the U.S. is because that’s a wide-open field and there’s so much to be done there within this space,” says Keith. “We’re about more than giving donations. We’re about creating economic prosperity right where they are,” adds Kimberly, “and we want to uplift the communities where they live.”

Another reason is that children in developing countries don’t have a safety net. “When a child loses their mother or father in Uganda, that child is on the streets. They don’t get to go into foster care. They don’t get to be adopted. There are no food banks. There’s no Division of Family and Children Services. That child is on the streets,” says Kimberly.

“Putting our heart and soul behind a project – and to see it take off has been one of the most fulfilling things that Keith and I have done. “

The church has been a natural conduit for the Edmunds’ charitable giving. They first began giving to church-affiliated missions that work to alleviate poverty in developing nations. But the true turning point came in 2010 when, through a series of serendipitous events, they connected with a woman who was teaching 50 children in Ghana on a porch.

The Edmunds say they felt compelled to help her build a proper school for the children. “That experience was our first foray into a more hands-on relationship, and it changed our lives,” says Kimberly. “We’d previously been on the sidelines supporting, but now we’d entered the game,” adds Keith.

That year, the two traveled to Ghana for the first time. They have since returned to the country four times, and had the opportunity to witness the fruits of their labor. “When we first started working with the children in Ghana, their schooling levels ranged from kindergarten to third grade. Some of them are high schoolers today,” says Kimberly.

One of the high schoolers is now a finalist for the Kennedy-Lugar Youth Exchange and Study Program, which provides scholarships for secondary school students from countries with significant Muslim populations to spend one academic year in the United States. “This is just one example of us putting our heart and soul behind a project – and to see it take off has been one of the most fulfilling things that Keith and I have done,” says Kimberly.

Keith says that, as an African-American he feels particularly responsible for supporting impoverished children in Sub-Saharan Africa, where philanthropists and caregivers from outside of the country are not often people of color. During one of their trips to Ghana, they were accompanied by an African-American woman who showed local children photos of her sister, a pilot in the U.S. Air Force. “The children were amazed because they didn’t know brown people could do that,” Kimberly says. “It goes to show you just how critical representation is.”

“The ability to give directly to local nonprofits in Africa, led by individuals who grew up there and understand the local context, has really been a value-add for us.”

Working in Africa with KBFUS

In August 2018, the Edmunds opened the HopeFeathers Fund, a donor-advised fund at KBFUS, to more efficiently structure their giving to Sub-Saharan Africa. They say that this new partnership has provided them with the access, guidance, and scale they’ve always wanted.

“The ability to give directly to local nonprofits in Africa, led by individuals who grew up there and understand the local context, has really been a value-add for us,” Kimberly says. “Our partnership with KBFUS feels more like a personal relationship than a business one, and much of the work they’re doing is in alignment with what we do,” adds Keith. “They helped us streamline our administrative process, and enabled us to put more discipline in terms of who we’re giving to.”

So far, the HopeFeathers Fund has funded local organizations that provide services to local communities in Ghana; support students whose parents are unable to pay for tuition, also in Ghana; train farmers in sustainable agriculture in Uganda; and provide food and shelter for orphans in Uganda.

HopeFeathers typically supports charitable work that is already underway and puts finances behind the efforts of existing local groups. “We try not to reinvent the wheel. If there’s somebody already doing it, and it’s aligned with our vision, we will support them,” says Kimberly.

But the Edmunds have also helped launch new ventures – such as when their HopeFeathers Fund supported Bethel Organic Farm and Training Center in Mukono, Uganda, to help a 20-year-old student purchase three acres of land and start a new farm with livestock. “People are now building their homes around his farming center, and it’s impacting the entire community. What he’s done with this assistance is nothing short of amazing,” Kimberly says.

“Our partnership with KBFUS feels more like a personal partnership than a business one, and much of the work they’re already doing is in alignment with what we’re doing.”