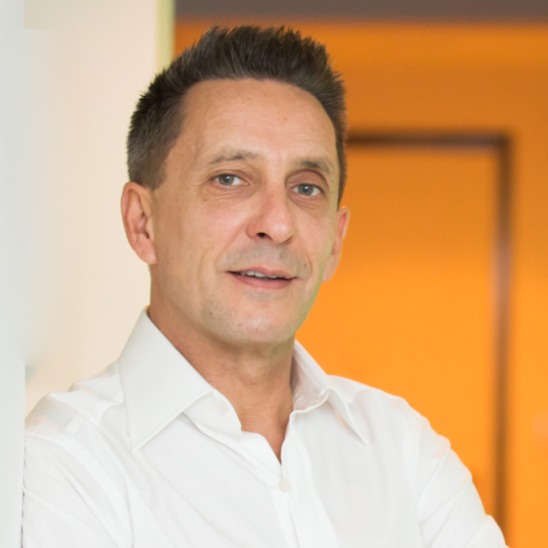 Jean Paul Warmoes is the Executive Director of the King Baudouin Foundation United States (KBFUS). Jean Paul joined KBFUS’ Brussels-based parent foundation, the King Baudouin Foundation (KBF), in 1994, where he served as Director for International Relations and as Secretary to the KBF Africa Prize. Before joining KBF, Jean Paul was in charge of Business Development for Transtec, a consulting firm specializing in overseas development assistance, and before that, he worked in Tokyo, Sydney and Paris. Jean Paul served on the Global Philanthropy Committee of the Council on Foundations, the Steering Committee of United States International Grantmaking, the Intermediaries Taskforce of Philanthropy New York, and the Advisory Committee of the Conference Board’s Leadership Conference on Global Corporate Citizenship. He was a member of the Board of Directors of Universitas, a New York tax-exempt organization created on the eve of the Second World War to prevent assets of the University of Brussels from being seized by the occupying powers. Jean Paul graduated in 1988 from the University of Brussels (VUB) with a Master’s degree in Management Science (Solvay Business School) and subsequently earned degrees in foreign trade and in international comparative management. He is fluent in French and Dutch. 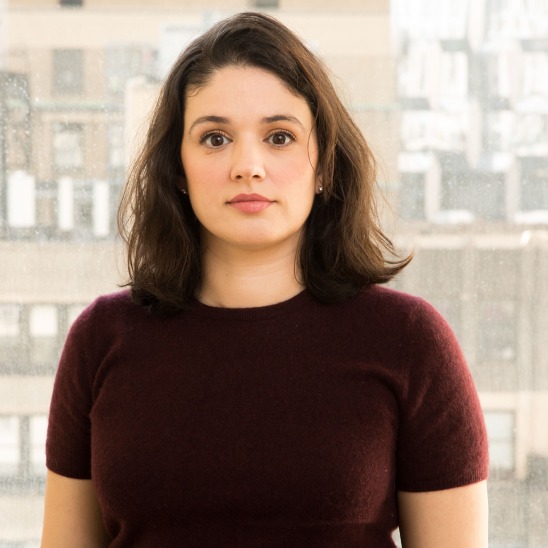 Ellena E. Fotinatos is Deputy Director of the King Baudouin Foundation United States (KBFUS). Ellena joined KBFUS in 2012 and in her tenure has worked to expand the portfolio of European partners, worked with individual and corporate donors through Donor Advised Funds, overhauled operations, and improved the visibility of the foundation. Ellena joined KBFUS from Columbia University where she spent three years as a Special Projects Coordinator at the Center for Energy, Marine Transportation and Public Policy (CEMTPP). During her time at Columbia University, she authored two published papers in a joint program with the United Nations Development Program (UNDP), in addition to creating and developing events and programs in cooperation with various members of the shipping and energy community. She has held various internships, including at Freedom House, International Peace Institute, UNDP, and the Federal Judicial Center. She’s previously worked as a financial analyst at the Estee Lauder Companies and a researcher at Calvert Investments. Ellena has a BA in Anthropology and a BA in Criminal Justice/Criminology from the University of Maryland, and completed her Master’s degree in International Affairs at Columbia University’s School of International and Public Affairs (SIPA) with a focus on International Security Studies. She is fluent in Greek and proficient in Italian. 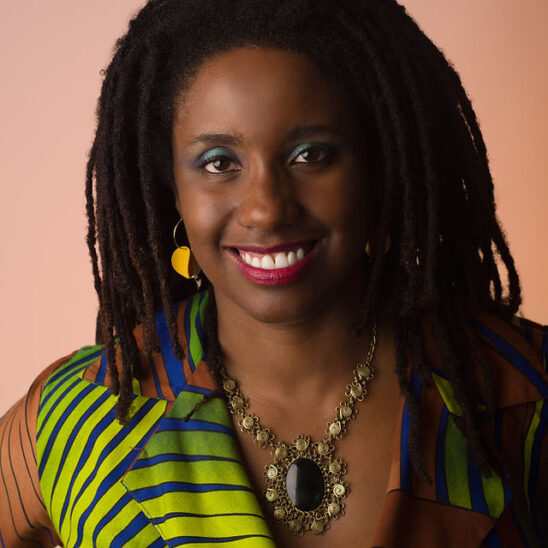 Monica Carrillo Zegarra is Senior Advisor – Latin America at the King Baudouin Foundation United States (KBFUS). Monica oversees our Latin America partnerships, network-building, and programs. Monica has extensive experience working with Latin American non-profits and raising funds for organizations and projects that achieved national and UN-guided law reforms on gender equity, Indigenous and Afro descendant’s rights, climate justice, racial equity and protection of the intangible cultural heritage. Prior to joining KBFUS, Monica was Regional Director of Latin America at Thousand Currents where she designed and led grantmaking and expansion strategies and oversaw grantee due diligence and risk assessments in the Amazon, Andean, Central America, and Caribbean regions. Monica formerly served as the community organizer of the Queens Museum of New York, where she curated, and fundraised for public programs aimed at connecting Latin American immigrant communities with museums, stakeholders, and elected officials. She has consulted for various international organizations including UNICEF, UNDP and IDB. Monica’s earlier work in Latin America as a non-profit leader included fundraising from U.S.-based philanthropic foundations and leading initiatives such as constructing 250 houses following an earthquake, and championing the inclusion of ethnic categories in state surveys and national census in the Americas. She delivered the keynote in the NASDAQ Closing Bell ceremony for the International Day of Women and she has been recognized as a global leader by Google Earth, Americas Council, UN Millennium Development Goals, and The Elders (founded by Nelson Mandela). Monica’s bio is included in the “Dictionary of the Caribbean and Latin American Biography” (Henry Louis Gates) featuring individuals who have impacted the history of the African diaspora. Her creative credentials as a poet, songwriter and performer have also been celebrated by the Grammy Awards and she has also been featured on PBS, CNN, Univision among other major media. Monica’s latest book “Faces of violence, faces of power” explores the intergenerational memory of women from her Afro-Peruvian community. Monica holds a Bachelors in Journalism, an M.F.A in Performance and Interactive Arts, a post-degree in Political and Cultural Analysis, and a certification in International Law of Human Rights from Oxford University in England.

Kady Sylla is Senior Advisor – Africa at the King Baudouin Foundation United States (KBFUS). Kady oversees our Africa partnerships, network-building and programs. Before joining KBFUS, Kady managed grantee relationships, partnerships, strategy development and communications at the Issroff Family Foundation (IFF). At IFF, Kady designed and implemented leadership and organizational capacity strengthening programs, including IFF’s signature “Collaborative Learning Initiative,” and also managed the Tristate Africa Funders Network, a peer learning vehicle. Before IFF, she gained experience managing international development and philanthropic grants, working with public and private institutions like USAID, Open Society Foundations (OSF), and UK’s Department for International Development (DFID). Her passion for social justice and commitment to social impact in Africa are driven by her and her family’s experience of being forced to leave their native Guinea (West Africa) as refugees for settlement in New York. Kady takes pride in her African heritage and is passionate about equity and inclusive community development. She often volunteers as an interpreter for Harlem’s West African communities navigating systems like New York City’s Department of Education (DOE), NYC Health + Hospitals, and U.S. Citizenship and Immigration Services. She is fluent in French and three West African languages (Fulani, Maninka, Susu). Kady received her master’s degree with honors at the University of Sussex’s Institute of Development Studies (IDS) and a bachelor’s degree (cum laude) at CUNY’s John Jay College of Criminal Justice. 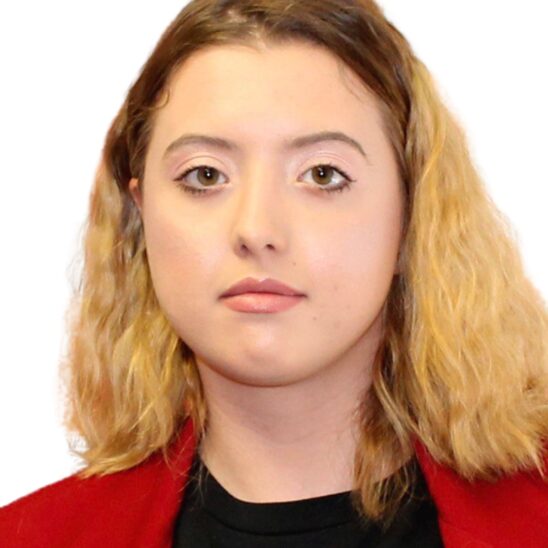 Maryna Tkachenko is the Development and Communications Manager of the King Baudouin Foundation United States (KBFUS). She is responsible for leading and coordinating KBFUS’ development plan and communications strategy. Prior to joining KBFUS, Maryna interned at the Global Justice Center, where she focused on developing communications content, publications, and digital outreach. Maryna earned her BA in Political Science and Philosophy from Brooklyn College at the City University of New York, and she is a master’s degree candidate in Philosophy and Education at Teachers College, Columbia University. Maryna is fluent in Ukrainian and Russian, and continues to improve her proficiency in Polish and Spanish. 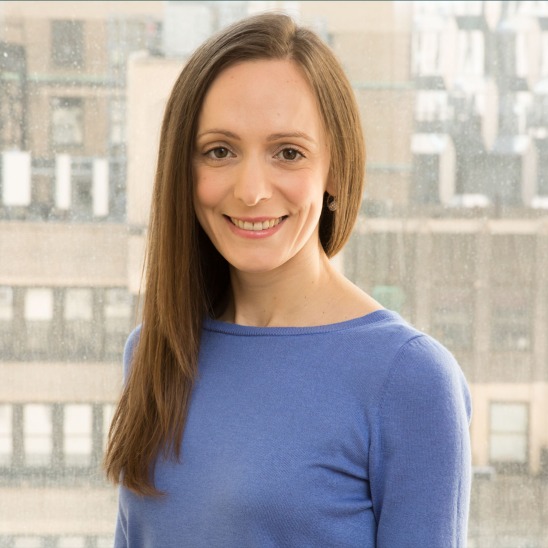 Suzana Erickson is the Grants Manager of the King Baudouin Foundation United States (KBFUS), where she is in charge of our growing portfolio of grantees. Suzana previously worked as a Program Coordinator at the University of Michigan Medical School. She is fluent in Serbo-Croatian, and has traveled extensively around the world. She earned her BA in Journalism from the University of Banja Luka. 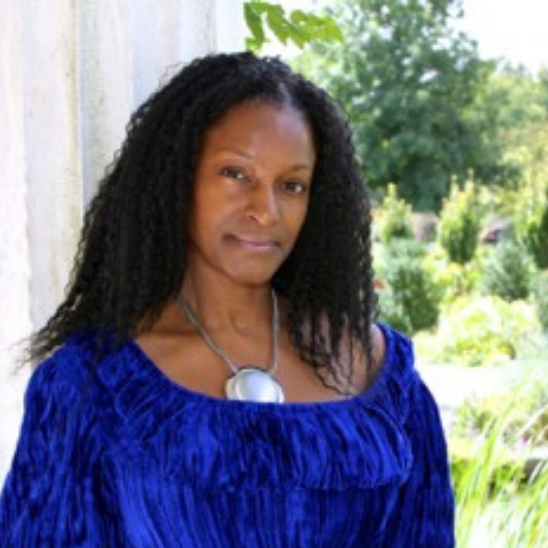 Elizabeth J. de Almeida is the Gifts Administrator of the King Baudouin Foundation United States (KBFUS), in charge of entering gifts and managing the database. Elizabeth joined KBFUS in 2022 from the Juilliard School where she was Data Operations Manager in the Development Office. In this role, she helped the Development Office utilize the database for fundraising and alumni relationship purposes. In addition to the database, Elizabeth was part of the Earned Revenue Group at the Juilliard School, which worked on ideas to raise funds for student scholarships. Elizabeth focused on outreach to the international community to support the school’s international student population. Elizabeth completed a business program called Launch1000 of Westchester County New York – a 7 phase program focusing on entrepreneurial skills and development. She has a master’s degree in Developmental Psychology from Long Island University (LIU).

Director of the Sterling and Francine Clark Art Institute

Co-founder and Editor-in-Chief of Contemporary And (C&)

Former Director of the Asian Art Museum of San Francisco

Former Curator at the Museum of Modern Art