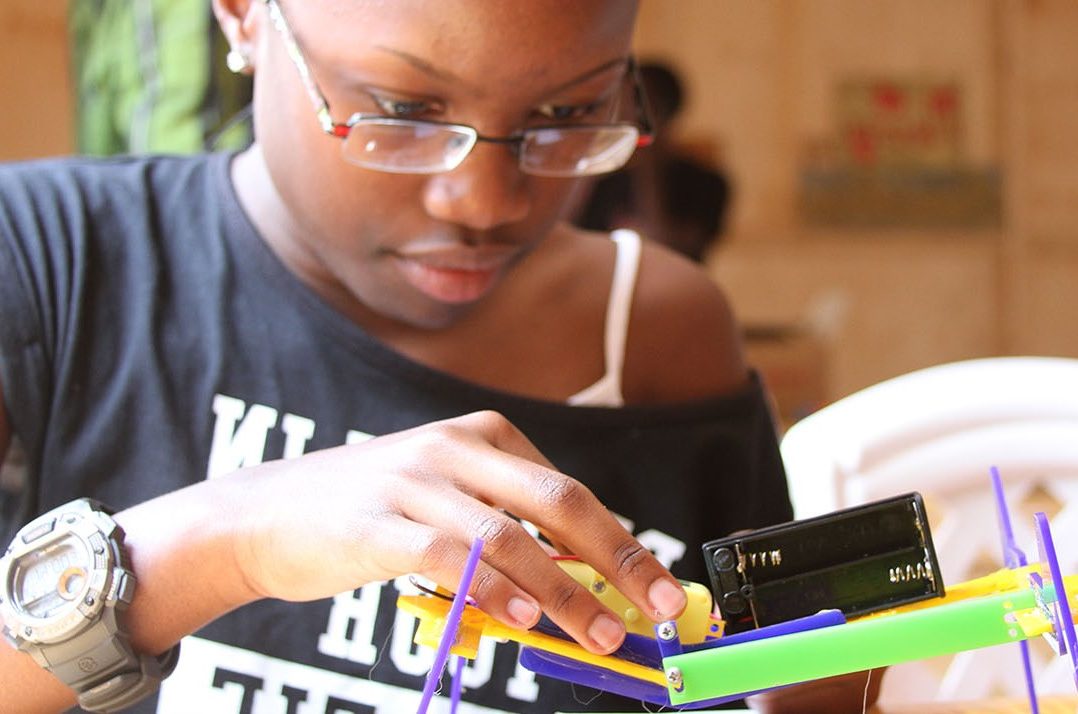 Proximity matters in improving lives. African-led organizations are best positioned to deliver impact because their leaders are deeply rooted in the communities they serve. They were born there, went to school there, and they live there. They understand their local community, and they know what works and what doesn’t. Yet they are often being overlooked by international funders. Segal Family Foundation and the African Visionary Fund aim to change that paradigm. They are making significant investments in African leaders and African-led organizations and are spotlighting high-impact opportunities to transform development across the continent.

Research shows that only a small fraction of international funding for humanitarian and development initiatives in Africa goes to locally-led organizations. The vast majority of funds still goes to their foreign-led counterparts—organizations with easier access to capital, social networks, and the donor-speak that funders prefer. Not only is this unjust; it is also ineffective.

We believe in local leadership

“We believe in local leadership and impactful work,” says Cher-Wen DeWitt, Director of Partnerships at Segal Family Foundation, a New Jersey-based family foundation which works with a network of more than 200 organizations in East and Central Africa. “Unfortunately, locally-led organizations only get a tiny piece of the pie compared to the work they are doing and the ubiquity of their presence, due to problematic inequity issues in Western philanthropy.”

To recalibrate this imbalance on the funding side, Segal connects grantmakers and grantees, and introduces funders to a country or geography where familiarity is lacking. Sharing lessons learned, the family foundation inspires other grantmakers to join them and helps solve some of the logistical hurdles that impede direct giving.

“That’s where we work in partnership with KBFUS. They provide fiscal sponsorship solutions to many of our local nonprofit partners, enabling them to accept donations as a 501(c)(3) public charity would, without going through the lengthy registration process,” DeWitt explains.

Funding African–led organizations is at the core of Segal’s mission. During a trip to East Africa in the early 2000s, founder Barry Segal witnessed firsthand how local organizations performed meaningful and impactful work. However, those organizations were unable to access the right audiences for their funding needs. He began funding projects in Rwanda and Tanzania and soon expanded regionally.

Locally-led organizations only get a tiny piece of the pie compared to the work they are doing and the ubiquity of their presence, due to problematic inequity issues in Western philanthropy.

What grew out of a personal interest has since developed into a 19-person team. The entire grantmaking staff is African and based in the countries where they work. “Frankly, they are the driving factor in our strategy and in our keen focus on local leadership,” DeWitt says. They help establish the foundation’s grantmaking strategy, determine how it will grow its networks, and brainstorm ways to support nonprofit partners beyond grants.

To find new, reputable organizations in which it can deploy capital, Segal relies heavily on its existing African partners. “Their opinions really go a long way. We trust their feedback. And we value their recommendations on new funding opportunities, especially in fields that have been neglected or underfunded because they’re not in fashion in philanthropy,” DeWitt explains.

KBFUS’s keen eye for finding impactful organizations in Africa has also been noticed at Segal. “KBFUS has a wonderful roster of talent in its portfolio,” DeWitt says, “and we have partnered with them to highlight the importance of local leadership and the disparities in funding, and encourage candid conversations around philanthropists’ responsibility in balancing the scales.”

Katie Bunten-Wamaru was still working at Segal in 2016 when the team completed an impact measurement report that found that foreign-led organizations grew twice as fast as those led by Africans – because local, African leaders were not the direct recipients of donors’ funding to the continent.

The following year, Segal launched its African Visionary Fellowship, which provides local leaders with exposure, mentorship and access to donor networks. During her first two years overseeing the fellowship, Bunten-Wamaru continually ran into the same issue: funders understood the interest of funding local talent, that it was more sustainable and more impactful, but they faced a number of logistical barriers and bureaucratic hurdles to do so.

African Visionary Fellow Brian Ssozi, founder of the youth empowerment organization Rockies in Uganda, summarizes some of the challenges that African-led organizations face: funders’ lack of trust in unfamiliar organizations; geographical distance; language barriers; minimum budgetary requirements; and specific eligibility requirements in terms of the organization’s structures and systems. “Segal is a totally different funder. When they come to you, they want to grow with your organization—to build capacity, internal systems, and professional development.”

Building on her experience at Segal, Bunten-Wamaru launched the African Visionary Fund in 2020 to pool donor contributions and drive unrestricted funding to high-impact African changemakers. She makes her case very eloquently: “By giving to the Fund, you are funding local visionaries who are deeply rooted in the communities they serve and who will ensure that the hopes and aspirations of those communities inform the solutions being developed—and not the other way around.” Led by an independent advisory board, the Fund has raised $2.75 million so far, out of a $10 million target that it plans to hit by 2023. In addition to Segal Family Foundation, founding donors include Imago Dei Fund, Peery Foundation, Skoll Foundation, thank you, and Umsizi Fund.

The African Visionary Fund is structured as a ‘purpose fund’, hosted at KBFUS. “What’s been remarkable about working with KBFUS is that there’s a lot of alignment on values,” says Bunten-Wamaru. “They are really intentional about the way they interact with their partners, and their approach is based on building real relationships.”

“African visionaries on the ground have been able to pivot and deliver more impact faster than their Western counterparts, because they’re just so tapped into what’s happening.”

A silver lining of the ongoing pandemic, Bunten-Wamaru says, is that it has further fueled the need to provide funding to African-led organizations. “When you look at the way Covid has shaped the conversations in philanthropy this year, and when you look at our African visionaries on the ground, they’ve been able to pivot and deliver more impact faster than their Western counterparts because they’re just so tapped into what’s happening. And they’re able to navigate a changing context so quickly,” Bunten-Wamaru says.

That was the case for Rockies in Uganda. “Proximity gives you the advantage of being swift. Already being on the ground meant that we could immediately redirect our education budget—since the schools were closed—to initiatives focused on the preservation of life,” explains Ssozi.

“Locally-led organizations are proximal to the people and places most affected by disaster,” confirms African Visionary Fellow Mercy C. Kafotokoza, founder of Wandikweza, a healthcare outreach initiative in Malawi. “The pandemic highlighted the critical role that a robust, local civil society sector plays. Our proximity to the people enabled us to minimize interruptions for the communities we serve. When the schools had to close, we kept our library open so that students could still study.”